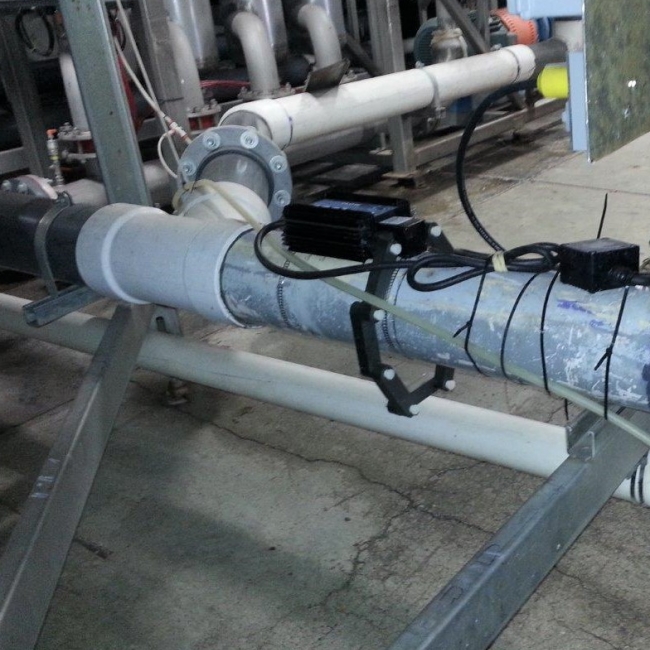 Apple packing facility in the US Pacific Northwest.

T-Dump flume and Chlorine Reduction in the treatment tank.

This facility packs conventional and organic apples using a single packing line, and is interested in reducing the use of chemicals while, at the same time, minimizing the risks associated with food safety bacteria (E. coli, Listeria, etc.) and decay-causing mold, present within their flume water systems.

The packing line has a dual-flume system, with the flumes in series called the T-Dump and the Treatment Tank.

A large volume recirculation pump creates sufficient flow to float the apples along the T-dump flume to an elevator, where they are lifted out and dropped back down into a second flume, called the Treatment Tank.

The Treatment Tank water stays considerably cleaner than that in the T-Dump, but can still contain a significant loading of bacteria and decay microorganisms. Despite treatment of the T-Dump flume with 80 ppm of PAA, the measured levels of total aerobic bacteria and total fungi (molds/yeasts) were high (in the range of 103 -107 cfu/mL, each).

A HydroFLOW water conditioning device, which is powered by the patented Hydropath technology, was installed onto the 6 inch recirculation pipe that carries the T-Dump flume water from the back of the flume to the front where the new bins of apples are introduced.

Once the Hydropath signal was initiated during the week of October 26th there was a dramatic decrease in both bacteria and fungi in the tank, with microbiological levels ranging from 101 to 103 cfu/mL.

Once the HydroFLOW signal was initiated in the treatment tank, the chlorine dose was reduced. Interestingly, even with dosages as low as 10 ppm Total Chlorine, the microbial results remained at non-detect. Also, the Free Chlorine and Total Chlorine levels were exactly the same.

For the full report please click on the PDF.