The Somersworth, NH, Wastewater Treatment Plant serves a city with a population of approximately 11,800 people. A city-wide collection system delivers the citizens’ and local industry’s wastewater to be treated at the 2.4 - million - gpd facility, which utilizes a GEA Westfalia Separator, model CB 505-00-32 centrifuge in its sludge dewatering process. The plant’s management team agreed to evaluate Hydropath technology’s ability to reduce polymer usage in this process. 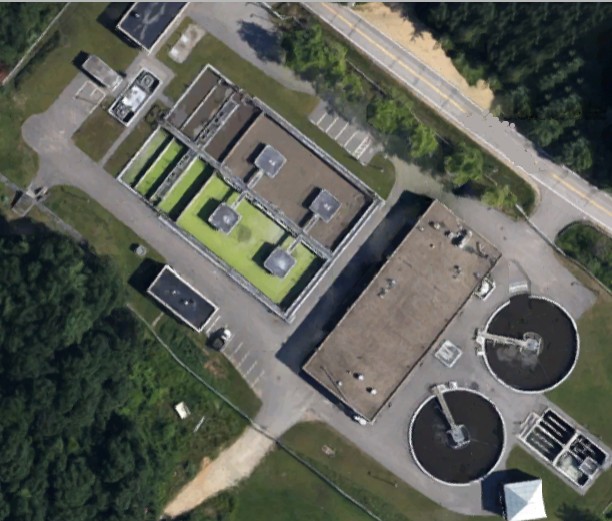 Reduce Struvite in Wastewater with HydroFLOW

HydroFLOW devices have been installed as a means to control struvite accumulation in wastewater plants. In the fall of 2013, equipment was installed at the Orlando, FL, Water Conserv II Water Reclamation Facility for struvite removal and prevention purposes. After five months, the results showed significant reduction of struvite buildup and a 20% reduction in polymer use. This polymer reduction discovery led to further investigation of the phenomenon.

HydroFLOW USA is based in Redmond, WA. The company is the sole U.S. distributor of HydroFLOW water conditioning devices that are powered by the patented Hydropath technology. The HydroFLOW device induces an electric signal of ±150kHz in the liquid inside any pipe on which it is installed. A specialized transducer connected to a ring of ferrites performs the electric induction. The technology was developed in England more than 20 years ago for calcium carbonate scale removal and prevention in domestic water heating applications; however, the use of Hydropath technology is not limited to residential systems. Various device configurations are being successfully applied in the following water use sectors: Power generation, commercial, industrial, hospitality, municipal, mining, oil and gas, marine, agriculture, food service and aquaculture.

In November 2015, HydroFLOW USA staff installed two HydroFLOW i160 units on the 6-in. sludge piping feeding the centrifuge. One unit was placed approximately 50 ft prior to the centrifuge, just after the thickened waste activated sludge pump, and the other unit was placed 5 ft prior to the feed tube just before the centrifuge. Both units were installed without process downtime as they are fitted around existing piping and do not require plumbing modifications. The units use 120 VAC and draw less than 1 Amp, which is similar to the power consumed by a 60W light bulb. 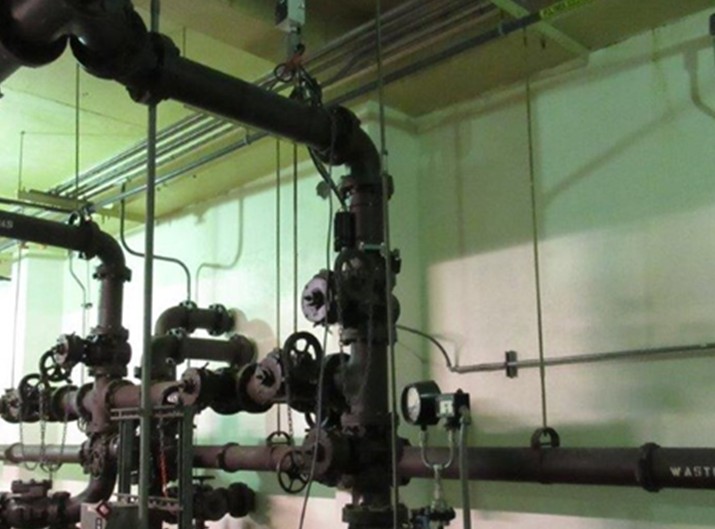 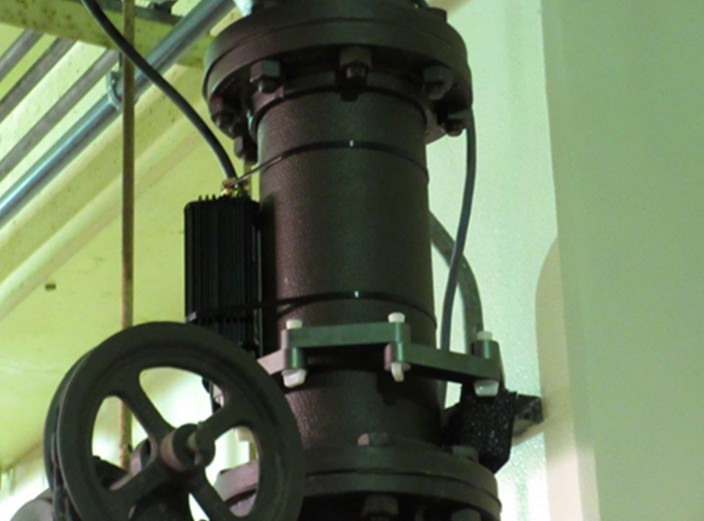 Over a span of six weeks, a total of six testing sequences using one or both of the HydroFLOW devices reduced polymer use from an average of 25.5 to 19.1 lb per ton (25.1% reduction), increased cake solids by up to 3% TS and kept centrate quality within testing limits of less than 1,000 mg TSS/L.

Success for this facility was determined by the reduction in polymer usage and production of dryer cake, without negatively impacting the centrate quality. These goals were achieved beyond expectations with a projected payback period of less than three years. During the product evaluation period, the HydroFLOW devices proved to be an effective method of reducing polymer usage in wastewater dewatering systems. Click here to learn more. 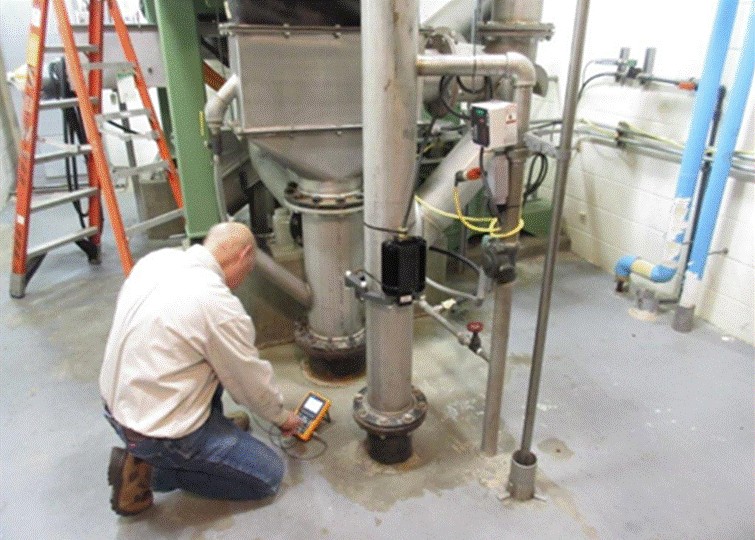 Calibration of HydroFLOW i160 device