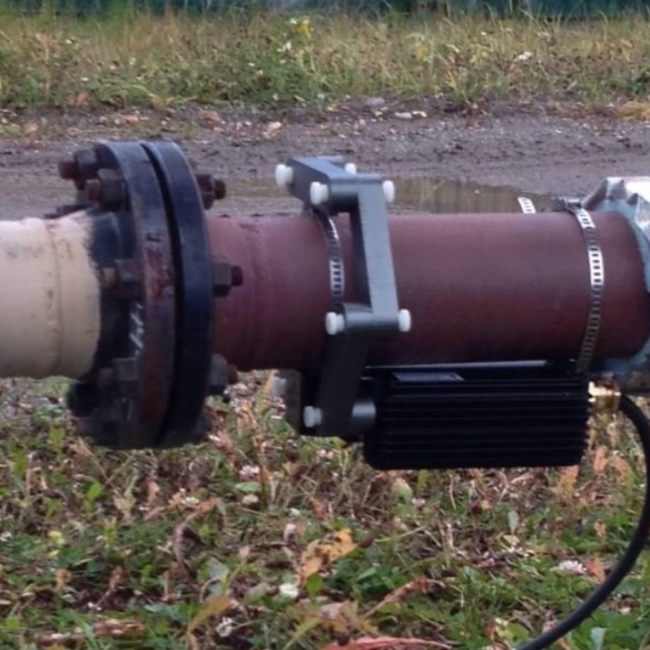 Offshore petroleum production operation. The device was installed on a 4.5” outer diameter recycled water pipe, after the separator.

Reduce scale accumulation inside the pipe and possibly soften existing scale deposits. The scale is predominantly made up of iron, in addition, lab analysis of the scale detected small quantities of magnesium, calcium carbonate and silicon.