What's In Your Water and Ice

Ice machines are central to most of our lives. Whether at home or your favorite food/beverage eateries, we're often enjoying ice in our beverages. Health departments in most cities conduct annual inspections for all food establishments to ensure consumers are provided a safe and clean experience. Most often, the ice machine is usually the first place they look in a restaurant kitchen. Ice machines operate continuously to manufacture large quantities of ice. Low temperatures will slow the development of bacteria and algae, however, while bacteria is unable to grow in cold conditions, already developed bacterial is able to survive in freezing conditions. This allows the bacteria to become enclosed within the ice and release as it thaws. Ice machines provide an ideal environment for bacterial growth due to heating compressors on the incoming water lines to the machine. Because of the substantial growth of these microorganisms, ice machines need to be treated continuously to prevent contamination. 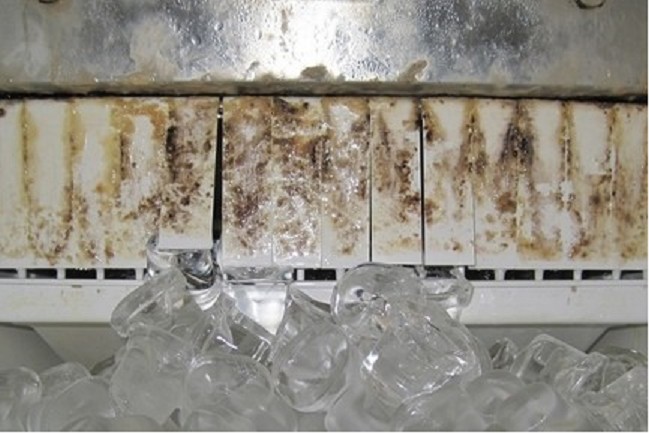 Ice makers require scheduled disinfection and wiping down to ensure that bacteria and mold are not allowed to grow in the ice production areas or the storage bins. There is a range of bacteria that survive in the cold environment, including Listeria, Salmonella, E. coli, Shigella, and even legionella outbreaks can occur in hospital ice machines. Biofilm usually forms in the ice trays and is difficult to control. Biofilm encapsulates a number of bacteria species and serves to protect bacteria very effectively, even from chemicals. Read more about how HydroFLOW eliminates mold and biofilm growth in a hospital ice machine.

Biofilm is often called bio-slime, which regrows rapidly in moist environments. Ice machines with a “cleaning cycle” often do not disinfect the equipment, and will not eliminate biofilm and associated bacteria. Stopping ice production to thoroughly clean a machine requires careful scheduling to ensure that ice will be available for the next shift. Due to the expectation of clean tasting water that does not have chemical taste, the cleaning and maintenance process is a difficult and time-consuming process that requires a schedule; using safe chemicals and tools that do not leave residue.

An Alternative Disinfectant for Your Ice Maker

As an alternative to this process, a HydroFLOW unit can be installed. HydroFLOW water conditioners are environmentally friendly devices that have been distributed throughout the world for many years, but only recently entered the U.S. market. Over twenty years ago, Hydropath Holdings, located in the U.K., invented a process that treats fluids by inducing a robust yet harmless signal of 150kHz throughout plumbing systems made of any material. The pipe, and/or the fluid inside of it, acts as a conduit which allows the signal to propagate. The induction of the signal prevents scale and biofilm from accumulating inside plumbing systems and gradually removes existing deposits. This preventative action significantly reduces energy, chemical, water and maintenance costs which extends the service life of equipment and pipes. 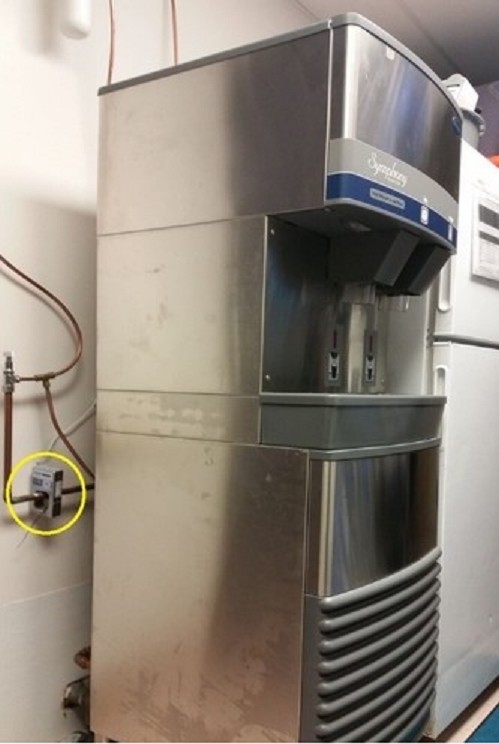 Biofilm often attaches to scale in water systems, which is difficult to remove, so the HydroFLOW saves time, expense and labor while maintaining bacteria and scale control. Kitchens and homes that use water softeners no longer need them after installing a HydroFLOW. Scale does not form, and existing scale is removed over time.

A popular restaurant chain in the Dallas/Fort Worth area installed a HydroFlow unit on an ice machine that exhibited pink and black slime despite frequent cleaning. The machine was cleaned and a HydroFLOW S38 model was installed. After 30 days, the ice machine was inspected and no algae or discoloration from bacteria was present in the machine. The HydroFLOW prevented new contamination while removing existing bacteria. The restaurant installed HydroFLOW units in all of their restaurants with no biofouling after 6 months of use.

When labor and maintenance costs were calculated for manually cleaning an ice machine monthly, the cost of a HydroFLOW was recovered within 4 months.

HydroFLOW received the 2015 Innovator of the Year award by the National Restaurant Association for applications in ice machines, steam tables, dishwashers and steamers. With a HydroFLOW the expense and labor associated with having a water softener is eliminated. 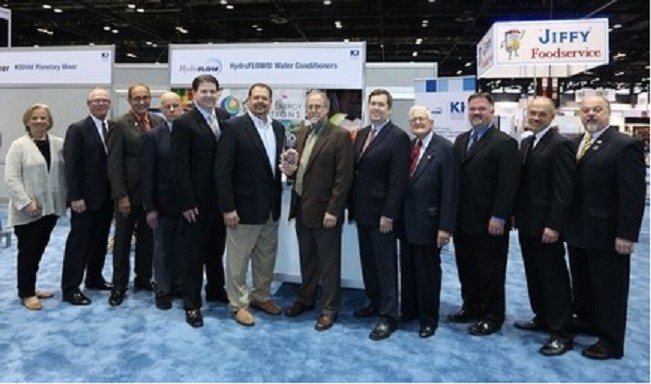 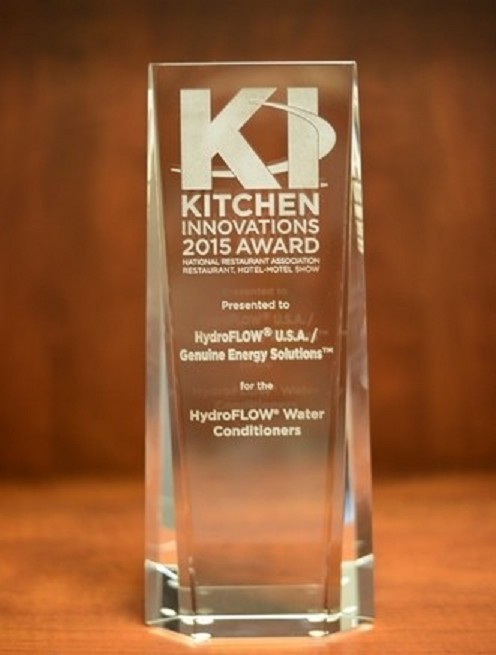 HydroFLOW water conditioners are powered by the patented Hydropath technology, are effective and operate on less than $10 of electricity per year. They have no moving parts and operate 24/7 to control bacteria and scale. HydroFLOW units are easy to install in minutes, and require no cutting of pipes or interruption of production. HydroFLOW reduces water use, chemicals and energy. To learn more about HydroFLOW, contact us today.