My name is Jason Rusk, I became employed by HydroFLOW USA in March of 2018. One evening, I was telling my friends about my new job and explaining what the HydroFLOW devices do. A friend of mine, who is a Chemist, began criticizing the concept of this technology. He was vehement that HydroFLOW was nothing but snake oil and I was backing an improbable product. When I got home, I did some research on this and similar technologies. My research garnered a variety of opinions and publications, both positive and negative. It is important to note, that most negative reviews of such technology were published by water softener and chemical companies. I was more confused and unsure of what to believe.

The following day, I approached the CEO of HydroFLOW. I told him about the interaction I had with my friends and that I was unsure about continuing on with the company. I needed to better understand the technology before standing behind the product. My CEO suggested that I put the HydroFLOW devices through whatever rigorous testing I wanted. As with most things, seeing is believing and he was confident that I would understand what he has been seeing for years - irrefutable results.  At the conclusion of testing, I was to report back to him and let him know If HydroFLOW was a product that I could fully advocate for.

I was given full access to the corporate testing lab. The following is what happened during this testing process. Nobody had access to the testing equipment and no one else was involved in the test. This was 100% controlled by me. 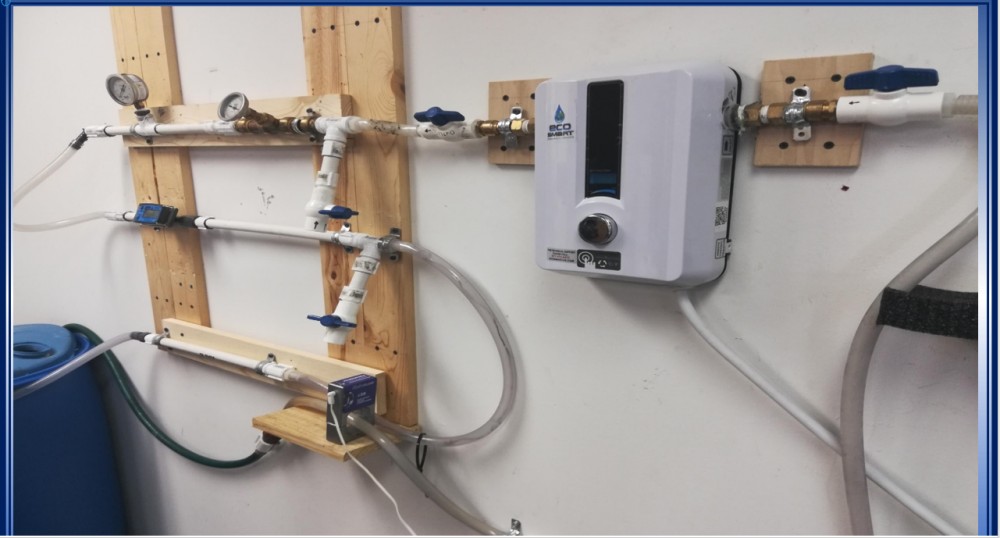 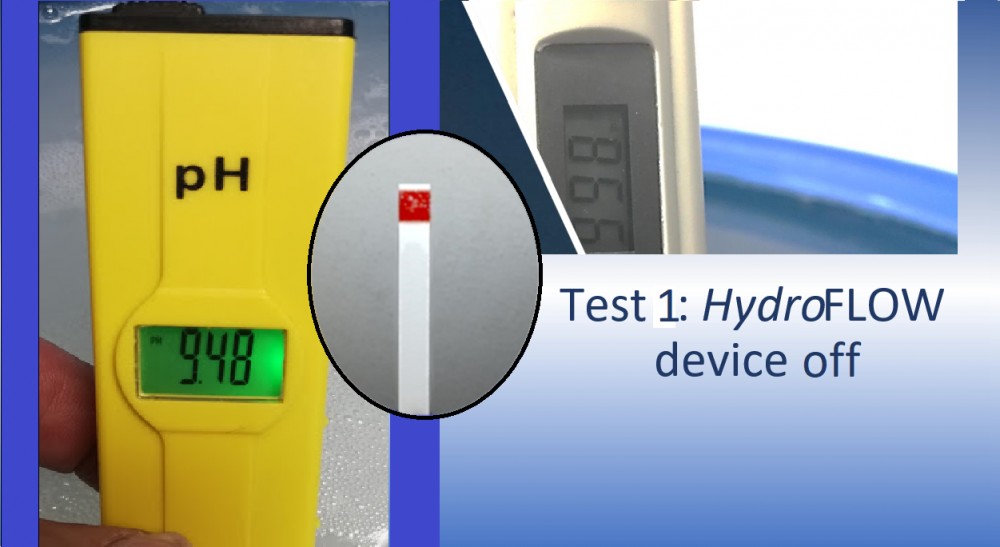 The water I was using is considered very hard water (1000 PPM). This would give me very fast scale accumulation and test HydroFLOW’s ability to deal with hard water even at extreme levels. The hardest public water we have documented right now is Bullhead City Arizona at 619 PPM. Using 1000 PPM to test with, seemed like a true test of whether HydroFLOW can do what they claim. After running the tankless water heater for the complete four-hour testing period, the amount of scale accumulated had a serious impact on the performance of the water heater. Especially its ability to heat water. See the table below for the results of my first test. (note that my conductivity meter maxed out at 1000)

As you can see from the table above, the scales insulating effect had impacted the elements' ability to heat water from 130° down to 117° in 4 hours’ time. The flow rate had decreased by more than 10%, which will eventually cause the water heater to shut down due to low flow. In the above test, the 1000 PPM water was having a serious impact on the performance of the system. In a real-world situation, this would have completely shut down the water heater in less than 24 hours due to low flow. My initial thoughts were, there was no-way HydroFLOW would be able to do anything to stop that from happening. Possibly slow it down, but not prevent it. 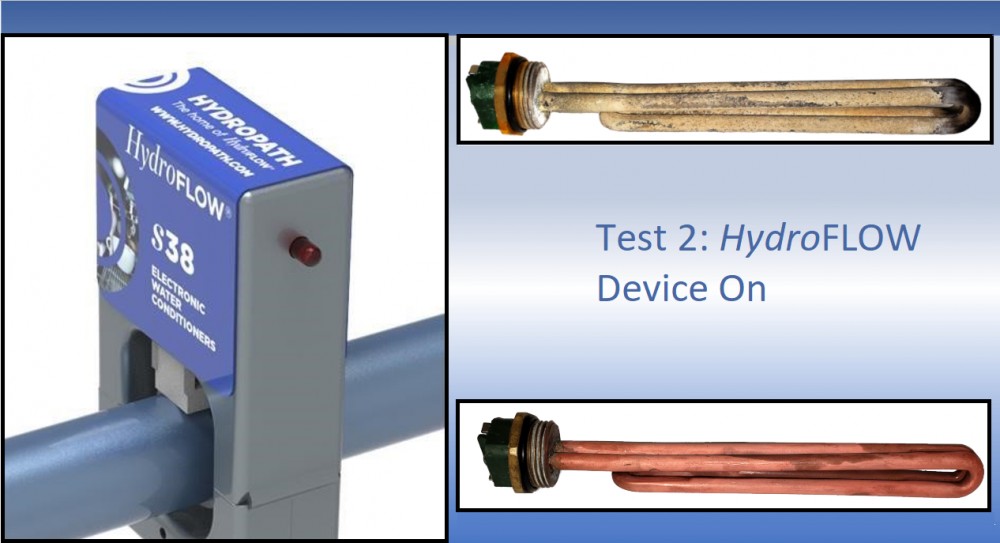 The next test I performed was to simply add a HydroFLOW S38 to the system for the second test. Leaving the system as is, I refreshed the water so it would have 1000 PPM to start with. Otherwise, everything is exactly where the first test ended. About 1/8 inch of scale has built up on the element and visible scale is in the water lines and pump. Every hour it was inspected and documented until the same 4-hour timeframe was achieved. The results of that 4-hour test are below.

To my surprise, the 1/8“ of scale that had built up around the element was almost completely clean in roughly the same amount of time it took to build-up. The tankless water heater started to see performance improvement and increased flow within the first hour. The HydroFLOW unit not only stopped the scale from accumulating, it almost completely reversed the effects that the built-up scale had caused. Since I was the only one involved in performing this test, I know no outside variables influenced anything. I can say without a doubt that HydroFLOW has proved itself in the eyes of someone who was very skeptical. 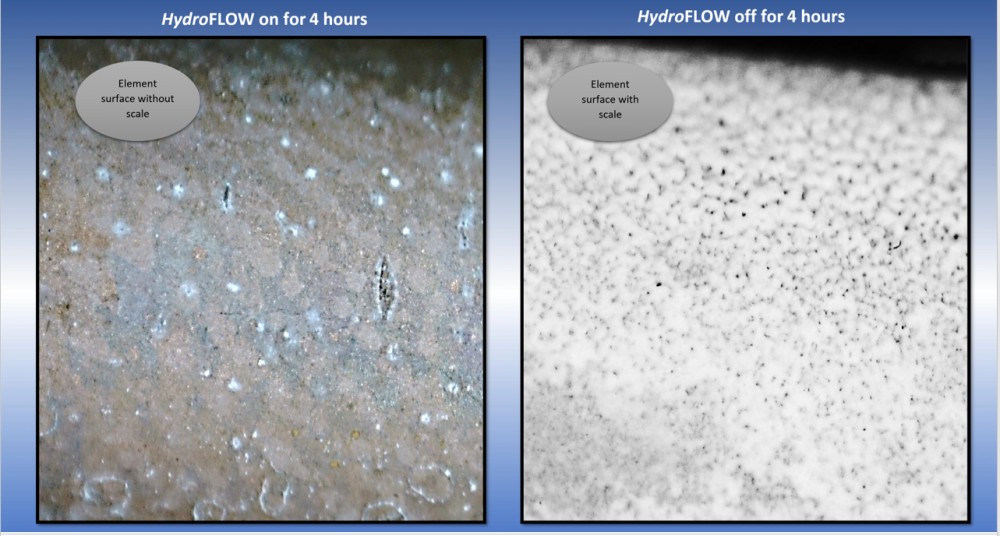 Microscopic images Magnified x 500
The results speak for themselves. As you can see from the numbers in the table above the tankless water heater had no performance loss and remained within the expected operating range. Visual inspection showed no signs of scale buildup. The only thing on the element was a soft white powder that easily wiped off. If it had been scale, I would have needed to chisel it off. 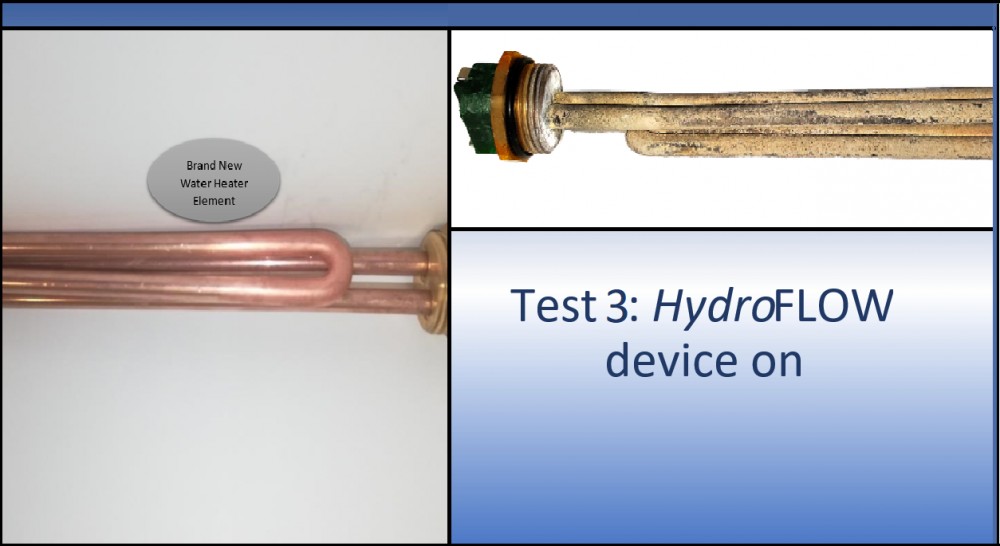 The third test I conducted was with a HydroFLOW S38 installed and a brand new heating element in the tankless water heater. I was less surprised by the results of this test because my expectations had already changed due to the outcome of the second test. I was already a believer in the technology at this point and was confident that the results would be positive. Below are the results of that test.

The results speak for themselves. As you can see from the numbers in the table above, the tankless water heater had no performance loss and remained within the expected operating range. Visual inspection showed no signs of scale buildup. The only thing on the element was a soft white powder that easily wiped off. 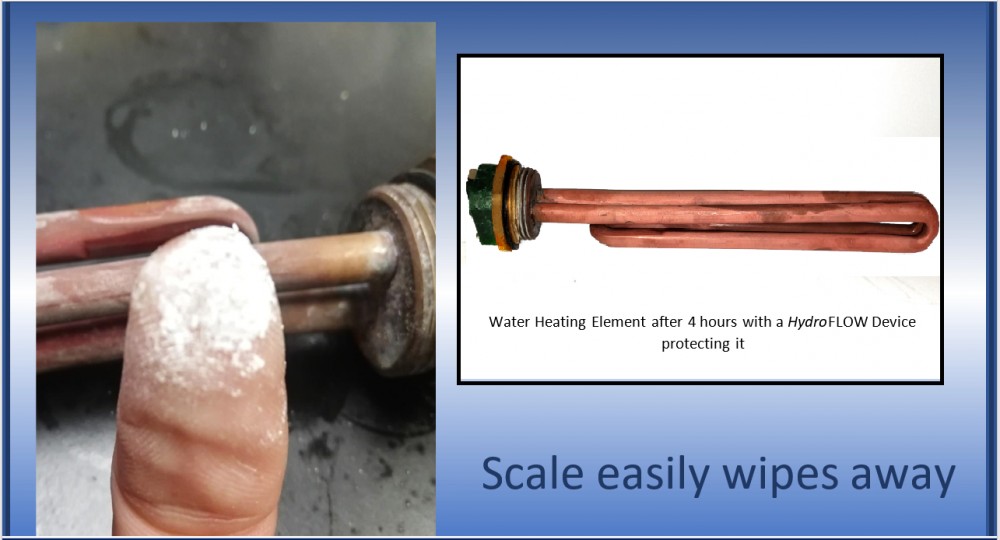 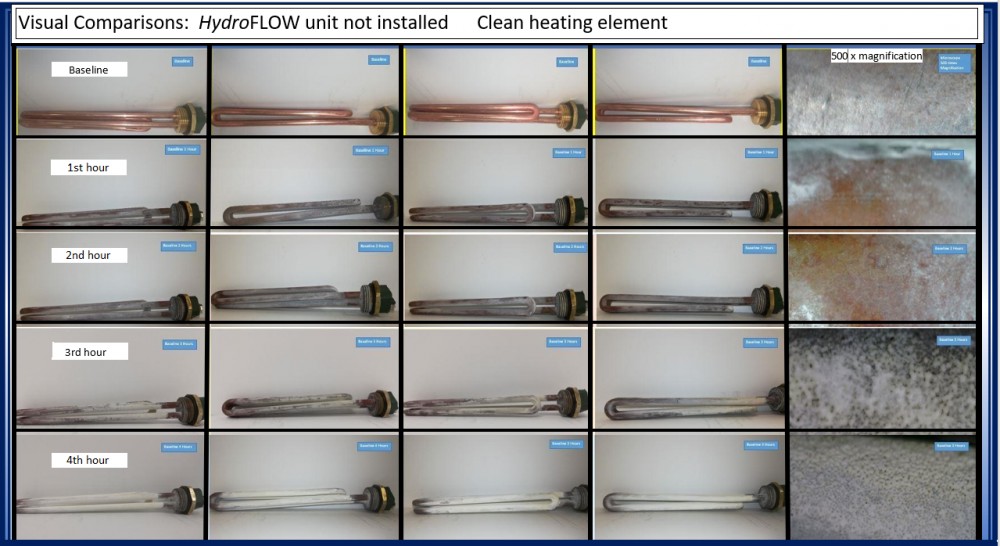 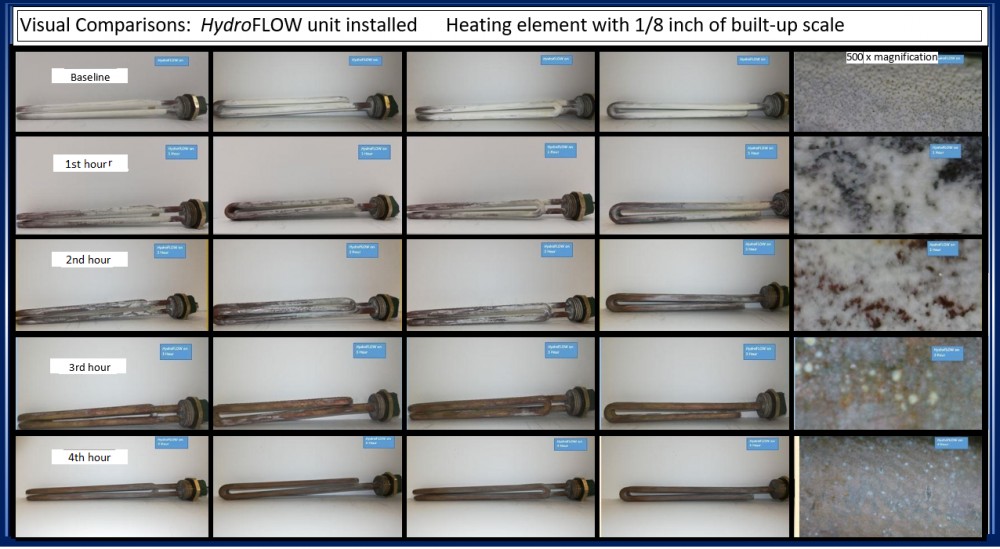 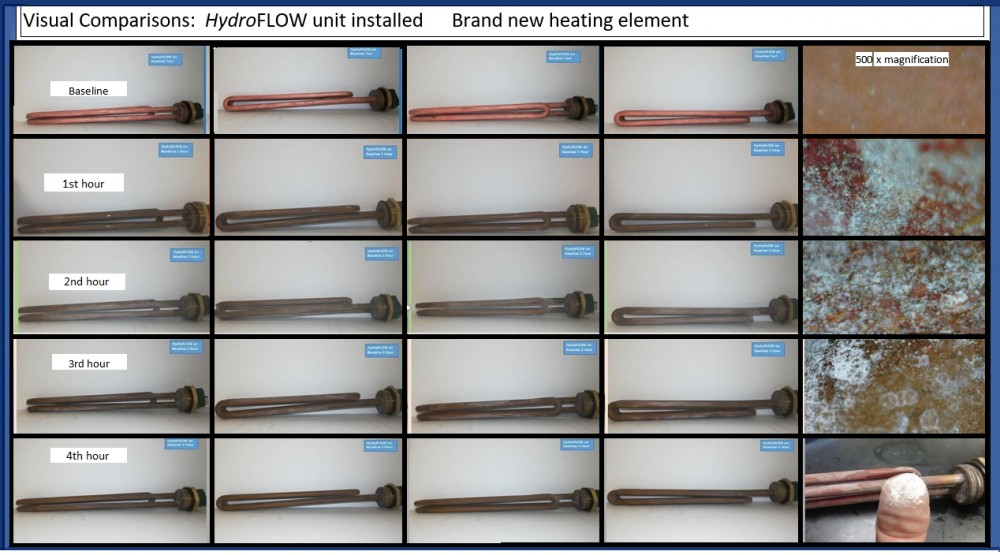